A Vision for the Classroom Today

I am inspired to write this vision by John Maxwell’s book Developing the Leader Within You, specifically the chapter entitled “The Indispensable Quality of Leadership: Vision.” I realized that what my WOW! Academy probably does best is to convey a vision, but I can’t offer that to every teacher right now, so I thought I would write a little story to try to convey some elements of what, in my mind, is our goal in this education shift we seek. I have to admit I borrowed heavily from a backward glance at my own classroom experiences, which have attained a rosy glow from years of time passing between me and them. If you are my former student, then know that while some details are accurate (yes, that’s you Jenni), others are brought in for a purpose. Justin really did drive the principal out of the room, but not quite as sweetly as in this story and not in this same class.

It’s November in Mrs. Stein’s class, the week before Thanksgiving. The bell has just rung to go to the next class, yes, that’s right, even in this idyllic teaching world, Mrs. Stein works in a traditional school building using the old factory model. She’d like to change that, of course, but all she can really do is manage her own little world between the bells. As for now, it’s going to be a struggle to get her students to leave. She’ll hear, “Mrs. Stein, just a few more minutes. This project is due day after tomorrow and we’ve just got to work on this one last thing.” Delanie is always her toughest case when it comes to leaving. She suspects Delaine purposefully puts in her earbuds before the bell rings each day to retain plausible deniability of the event. “What?” she says innocently as Mrs. Stein gently pats her back, “It’s time to go, Delanie,” and as she glances at the screen, “Wow, nice work. I can see why you don’t want to walk away from it.” There isn’t a minute between classes when Mrs. Stein’s classroom is empty. Already students from the next section have started pouring in. They immediately gravitate to their teammates and their preferred workstations and tables. Most of the students bring their own laptops from home, preferring to use their own computers, but a few students pick up computing devices when they walk through the door. Jon grabs an iPad because he’s editing a movie he and his team shot last week while Mirabelle grabs a Chromebook; she’s polishing up a Sliderocket for her team.

Mrs. Stein doesn’t “start” class, and she suffers a momentary pang when she realizes she actually never made it into the hall for duty between classes. It took her so long to get the last group to leave then these guys were already here working . . . she jets into the hall and issues a couple of admonishments to some students who are still lingering about. She wonders why other teachers don’t try teaching the way she does so all the kids will be on time for their classes, if nothing else.

Day after tomorrow is a big day for Mrs. Stein and her students. They’re presenting projects they’ve worked on for almost a full six weeks. The superintendent is coming, and though that doesn’t impress her students much, Mrs. Stein knows her teaching techniques are, well, let’s just say different. Jenni’s team is already on the phone with Dr. Howard DeVore from California. He’s a world expert in the medical condition now known as “intersex”. It could be a bit controversial for this small Texas town, but the students on the research team were so intrigued by the topic that she couldn’t turn down their proposal. For weeks they’ve been emailing with and calling Dr. DeVore, and he’s worked with them patiently to help them understand a condition he was born with himself and we have all now been educated to understand affects almost 2 in 100 individuals and has led to untold suffering even in modern times.

Larry’s team has been working to understand the science of the black hole. They began by wondering how black holes could be known when no one has ever seen or experienced one. Mrs. Steins’ true suspicion is that the research project began during the viewing of the most recent Star Trek movie, but that’s okay, too. For this team of science geeks, the study of black holes has generated discussions on string theory she can’t follow.

About the time the room looks like complete mayhem, while Mrs. Stein is observing a group studying why cloned animals don’t live very long, Mr. Johnannsen, the Assistant Principal and Mrs. Stein’s evaluator comes into the room. Johannsen is famous for “dollars for answers,” which he believes is a great and unique educational practice. Oh geez, Mrs. Stein thinks, what’s he going to do in this room with these kids? Johannsen wanders around trying to make himself known and get a group of students . . . any group of students . . . to pay some attention to him. He has a wad of bills in his hands. He veers toward Justin who turns and says, “Hello Mr. Johannsen. I’m sorry we don’t have time to answer questions today. We have a presentation day after tomorrow. Thanks for coming by though.” Mrs. Stein turns away to hide a snicker and Johannsen wanders and listens for a few more minutes before leaving the room.

Two days pass in much the same way. Teams come and go, work and then must be prodded out. They show up after school and when Mrs. Stein arrives in the morning, there are already pockets of students in her room . . . it’s not officially “allowed,” but these are “good kids” and everyone knows it. Were they “good kids” before they were in her class or are they just “good kids” now because they’re always in here working. She doesn’t know, but either way, Mr. Kenny, the custodian, lets them in before she ever gets to work. There are no rehearsals for presentations this time, every minute is needed for planning and preparation. The only group that worries Mrs. Stein, a veteran teacher of Project Based Learning, though she doesn’t have a name for it, is that intersex group and the fact that the sophomores down the hall are coming in as an audience. Oh yes, and the superintendent. What if those kids start giggling and it all falls apart? Well, she thinks, I guess we’ll find out soon enough.

On presentation day, the students are indeed ready to go with presentations and videos of all kinds as well as notecards and . . . are those some shaking hands? As unlikely as it seemed the day before, they now appear basically ready, prepared, and, dare she say, a little more polished than at the beginning of the year? The moment has arrived, and Jenni starts the controversial presentation. She sounds like a doctor, Mrs. Stein’s favorite kind of doctor, the kind you can actually understand. The room is silent as she explains the background of the project. Next Jessica takes over talking about their interviews with Dr. DeVore, and finally Mel finishes up with the call to action. The odds are that someone in this room will someday be the mother, father or at the very least, close family member of an intersex child. What should you and your family do? The answer is “nothing.” There is nothing wrong with intersex children and every child must be given the chance to develop their own identity without the intervention of surgery until secondary sexual characteristics develop and the child is able to choose whether surgery is preferable.

They did it! All the way through the presentation and not so much as a smile. Mrs. Stein wonders if the audience is shocked or impressed . . . she can’t tell, but the team is glowing. They’ve explained something important in a way that makes sense to everyone and is sensitive to the topic and the people involved. Now THAT is a successful “research paper.”


At the end of the day, events like this are what keep Mrs. Stein signing up to be a teacher year after year. Tomorrow a new project starts, modern literature. Students will begin by individually researching best sellers from the past 15 years and trying to convince peers to join them in a reading team. Right now, Mrs. Stein doesn’t know how that will go. Will they pick drivel like Twilight or something worthy of discussion like The Story of Edgar Sawtelle? Hopefully the rubric she’s slaved over will help them make the “right” choice, and anyway, she’ll be here to steer them in the direction they “ought” to go. Ultimately though, Mrs. Stein realizes that this education thing is not really up to her. She’s just here to help. 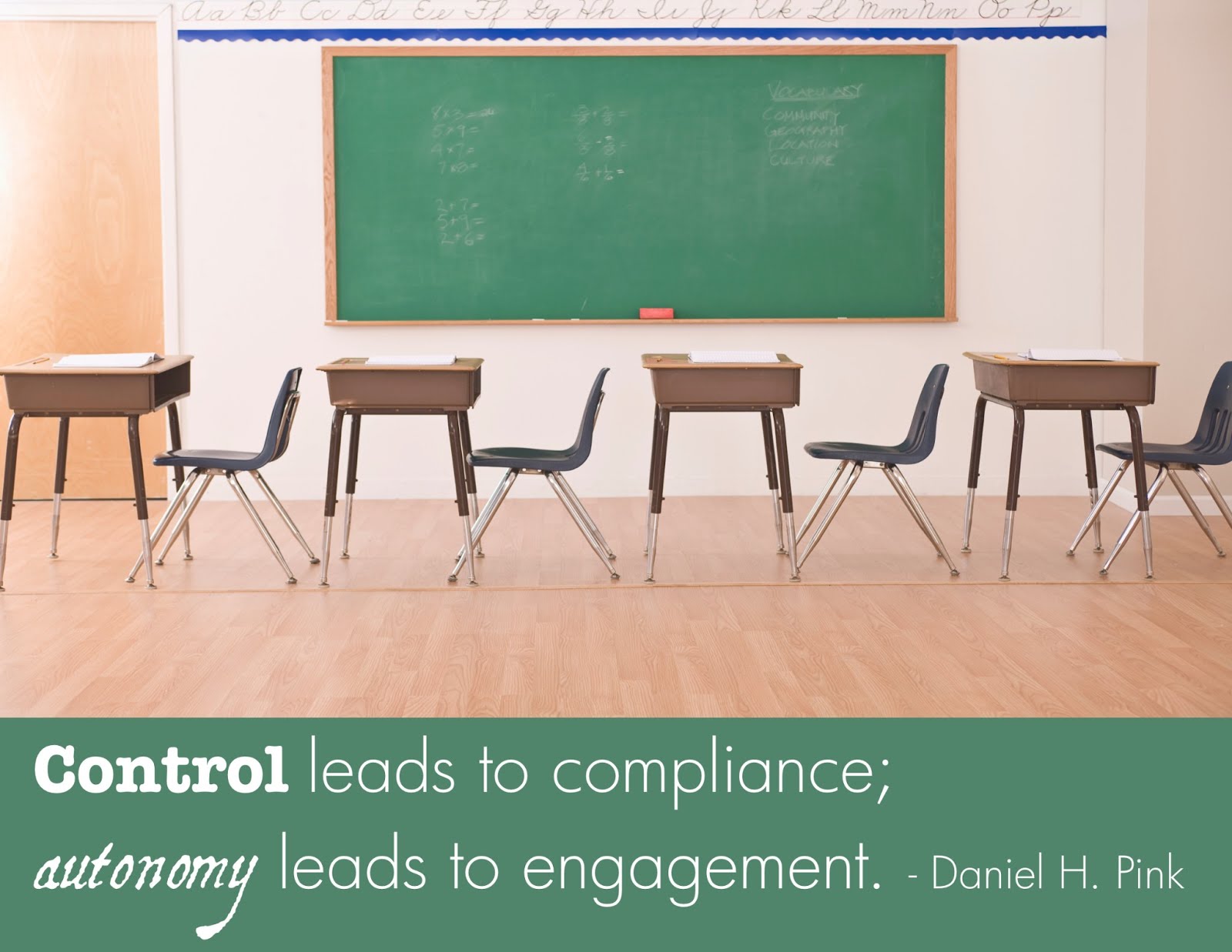 I absolutely LOVE this story. Talk about motivation, engagement and meaningful student learning. As an instructional technology resource teacher I get to work with students at all ages and grade levels and I love hearing those comments like, "WOW, class is already over?" or "Can we come work during our lunch?" While walking down the hallway and passing a 4th grade class one of the students said, "Phew finally Mrs. Jones is coming and now we can actually do something FUN." Technology has amazing powers in education and I wish all teachers would see the benefits!
Sent From My iPad

Thanks for the great read. Good blog.

@Nikki Thank you so much! Your comments show you really GET IT and I love people meeting people who GET IT. Thanks for being a force for good in the universe, Nikki!

@jojopig Why, you're welcome! Thanks for taking the time to post!

I love your post! Recently, a 9th grader I know told me she's used the computer once this quarter and the writing piece she was required to publish was done on MS Word. I was disgusted. Thanks for the continued inspiration! As an elementary person using tech with kids, my hope is that they will teach their teachers in the following years. Hmmm... but that wouldn't be the "factory model" people know. :)

Mrs. Sturdy: Thank you so much! It's hard to see ahead sometimes, but keep it up! The factory model must GO! 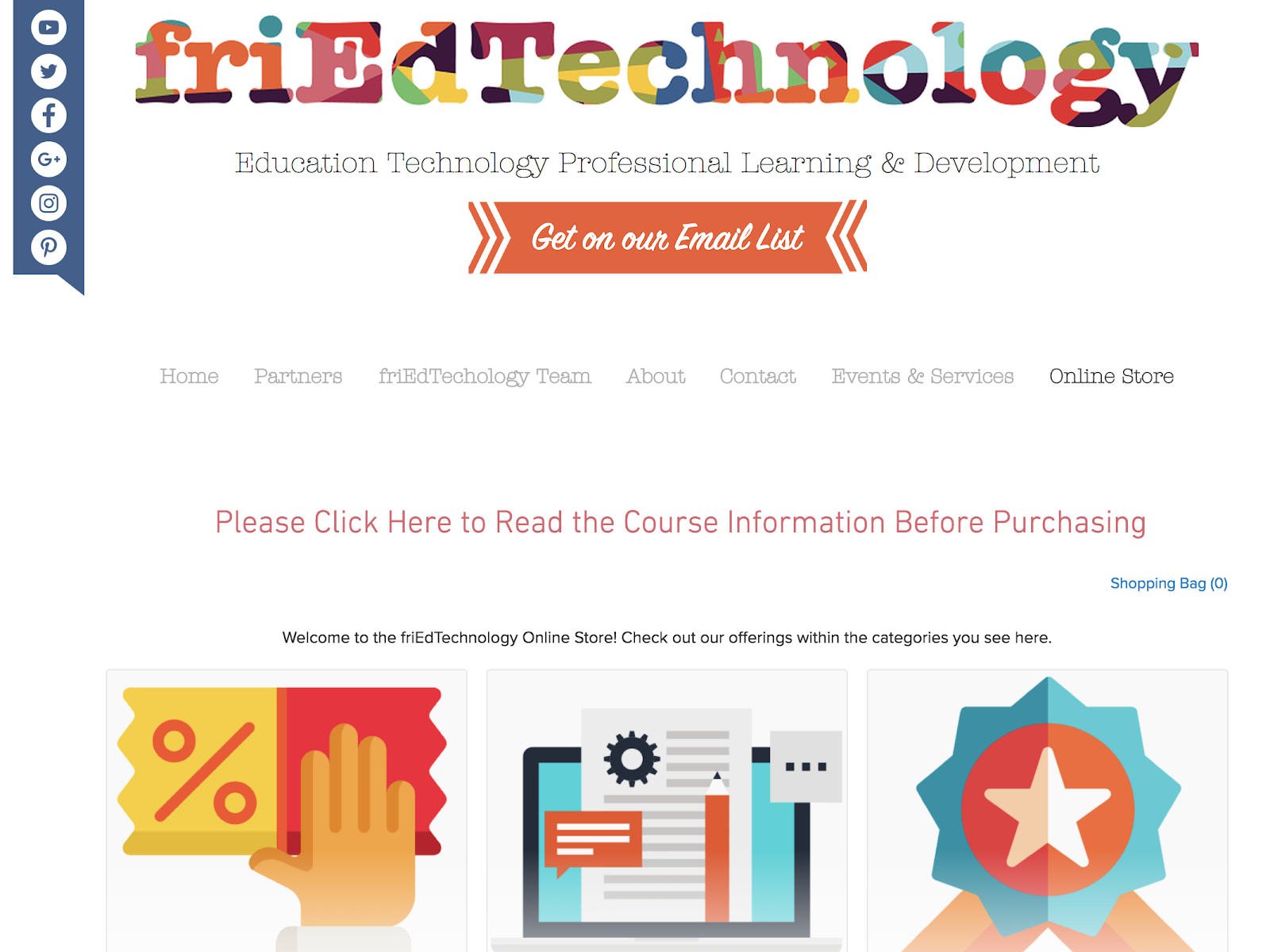 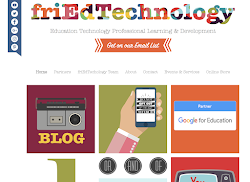 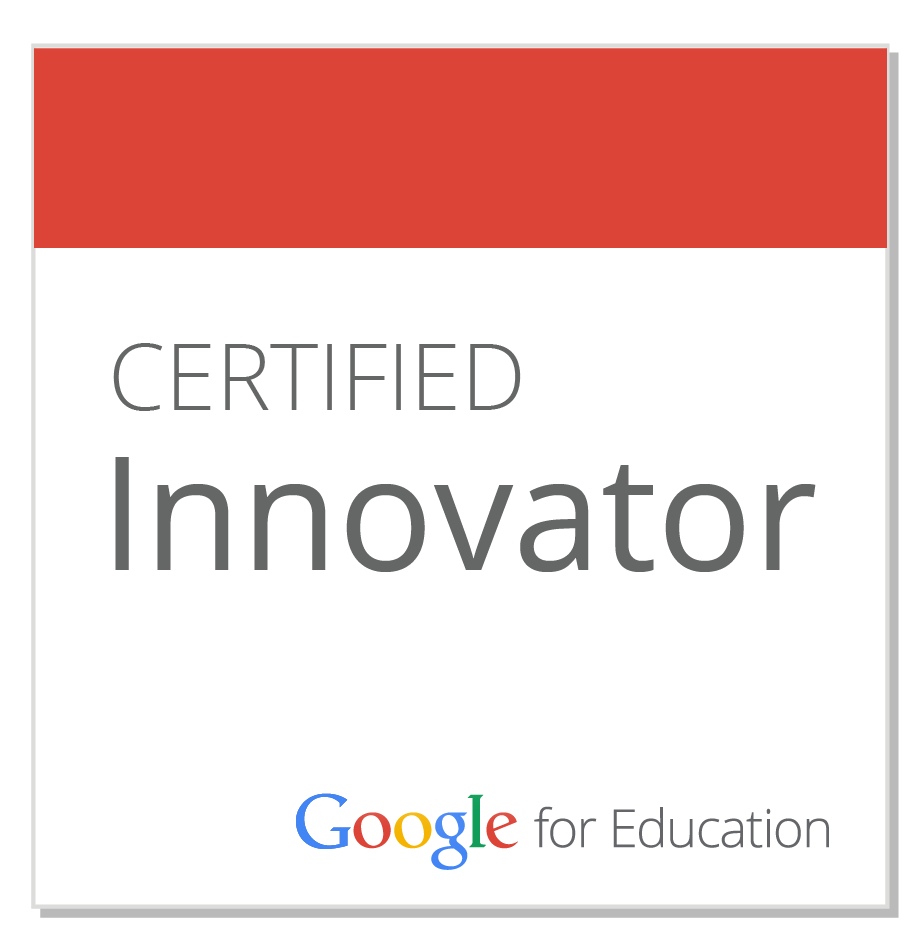 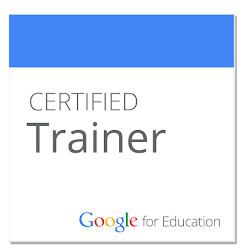